7 most famous brand characters in the world

Few people want to talk to a person who hides his face. It’s the same story with businesses. This is why market leaders communicate with customers using their mascots, or mascots.

Using brand characters in marketing campaigns increases the likelihood of a 41% increase in profits. And only 29% of promos that don’t have a mascot achieve good results.

We have collected 7 of the most famous brand characters who have become not only recognizable mascots, but also the best friends of several generations of consumers. 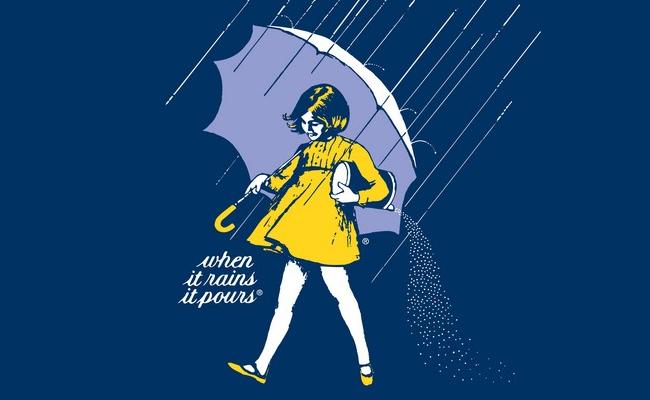 If things go wrong, there is one expression that Americans can hear from their loved ones: “When it rains, it pours” (similar to our “Trouble does not come alone”). All mothers and grandmothers say that, even 50 Cent thinks so.

More than a century has passed since this phrase was used as a slogan by the American food salt company, Morton Salt . The expression is so mundane and practical that consumers do not see the negative connotation that it could carry.

Together with the slogan in 1914, we chose an official symbol that could be used on advertising posters and on the salt packaging itself. This mascot is a 7-9 year old girl created by the imagination of an illustrator. She walks under an umbrella and is always dressed in a yellow dress and shoes. Walking in the pouring rain, the girl is holding a jar from which salt is being poured. It is a symbol of the fact that Morton Salt products are reliable and affordable, even in rainy weather, even when things are really bad.

“Morton Salt Girl is in the hearts and homes of each of us in the United States. People trust products that they see a girl in a yellow dress. This is because she is not only a symbol of our brand, but also of the American way of life, ”says Christian Herrmann, CEO of Morton Salt.

Targeting millennials, Morton Salt redesigned its products in 2020. To keep up with technology, the company has placed a QR code on some of the packages, which can be scanned to view the brand’s products and capabilities using AR. But the girl in the yellow dress did not disappear anywhere. It is found on all packaging and in almost every American kitchen. 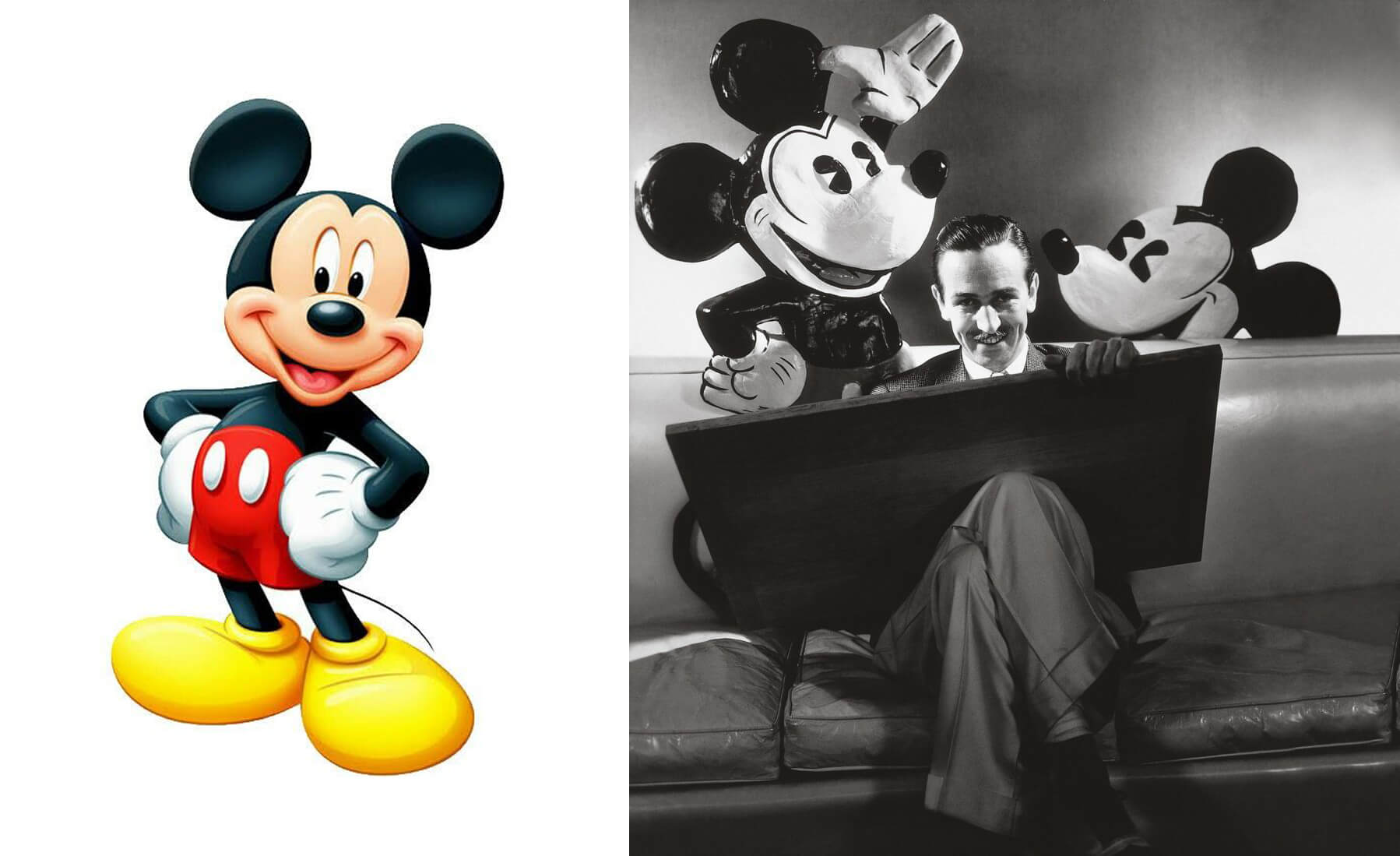 It’s been about a century since Mickey Mouse debuted as the mascot of The Walt Disney Company . But today we still recognize Mickey by his famous red shorts, yellow boots and white gloves. In the 2000s, the recognition rate of this cheerful, brave and cute little mouse was 98% among children from 3 to 11 years old. He became more popular than Santa Claus.

Mickey Mouse’s story began with a rabbit. In 1927, Walt Disney created the Happy Rabbit Oswald, whose drawing vaguely resembled Mickey – a round white muzzle, black ears, a large nose and wide eyes. But in a dispute with his partner from Universal Disney, he lost the rights to Oswald, and already in 1928, the original mascot Mickey Mouse and his girlfriend made his debut in the Disney cartoon, Steamboat Willie.

Mickey became the first animated character to receive a star on the Hollywood Walk of Fame, and has appeared in over 130 Disney films since. It has become a talisman of a happy childhood for the Greatest Generation (1900-1927) – and a symbol of valuable moments spent in the bosom of the family.

Mickey Mouse’s influence on the market is so global that it is chosen by other global brands as their ambassador. In 2019, Gucci launched a $ 4,500 collection of Mickey Mouse head bags – and thus popularized the Walt Disney mascot among older audiences.

American accessory brand Gigi Burris has created a crown of crystals in the shape of Mickey’s ears, while L’Oreal and Maybelline have developed make-up sets in the shape of the famous mouse.

Since 1991, the Monopoly trademark has been owned by Hasbro, an American manufacturer of toys and board games. At the same time, the original idea of ​​the legendary board belongs to the American game developer Elizabeth Maggie and inventor Charles Darrow (mid to late 19th century).

Uncle Pennybags first appeared in the American editions of Monopoly in 1936 – and since then has been its permanent talisman, since he embodies the symbol of the power of the capitalist world, where “everything is for sale.”

Uncle, 71, a tycoon, was arrested by the feds for securities fraud, but was released after showing a free-out-of-jail card, according to a comic Forbes review.

While not officially confirmed, Monopoly players agree that Pennybags made his fortune on real estate investments in the same way they do during the game. American financier J.P. Morgan, who made a name for himself in the late 19th century, and investment banker Otto Hermann Kahn (also 19th century) are considered the real prototypes of the uncle.

Perhaps his famous monocle brought Pennybags’ success? Be that as it may, thanks to him, even schoolchildren know how to survive in the harsh conditions of capitalism.

A benevolent gentleman with a beard, dressed in an elegant white suit, decorates the nugget boxes and signs of restaurants of the international fast food chain KFC, of ​​which there are more than 25 thousand worldwide.

This KFC mascot is none other than Colonel Harland Sanders , restaurateur and founder of the chain. Before opening establishments, he managed to work as a tire salesman, firefighter, blacksmith and insurance agent. The first Kentucky Fried Chicken restaurant opened in 1952 in Salt Lake City, Utah. Chicken became the signature position on the menu, and Sanders himself earned the title of pioneer restaurateur in the fast food market.

The first version of the brand’s logo also appeared in 1952 – and Sanders himself became its central figure. It was the magnetic attraction of this man, his pleasant smile, as well as the laconic Kentucky Fried Chicken inscription that became the decisive factors that led the corporation to its initial success. By 1964, about 600 KFC establishments were opened in the United States.

Colonel Sanders sold his 73-year-old restaurant chain to the Heublein food group for $ 2 million. At the same time, he remained the brand ambassador and received a salary of $ 70 thousand a year.

The colonel had conflicts with the new owners: he believed that Heublein had spoiled the chicken cooking technology. Sanders even filed a $ 122 million lawsuit against Heublein. As a result, he received $ 1 million and the opportunity to teach a culinary art lesson to the “laymen” of fast food, whom he himself sold KFC.

Sanders has been the mascot of KFC for 69 years, but not all lovers of crispy chicken know the history of the mascot. In 2010, KFC conducted a survey – and the result showed that among Americans aged 18-25, 6 out of 10 people do not identify the KFC logo as a Colonel, 5 do not believe that this is a real person, and 3 do not have the slightest idea who also depicted on the logo. 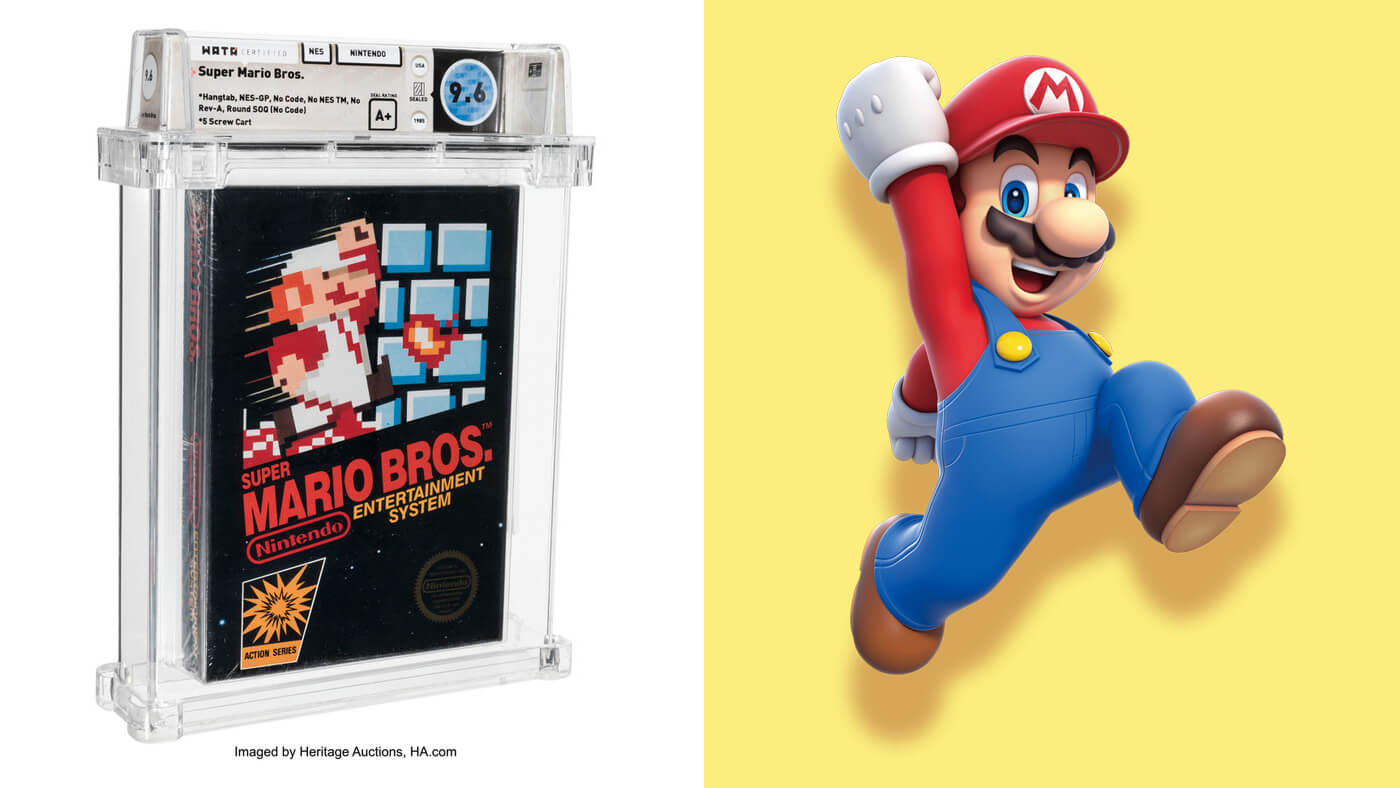 Do you know why Mario is a mustache? Because it was difficult for designers to portray a mouth on a 16×16 pixel grid.

We first met the carpenter Mario in 1981, in Nintendo’s Donkey Kong arcade. Then he became a plumber. At first glance, Mario can be called a middle-aged man, but in fact he is about 20 years old. His vocabulary is barely higher than that of Pokémon, and he often utters his name.

Mario was created by two Japanese game designers Shigeru Miyamoto and Takashi Tezuka, who joined the Nintendo team. Subsequently, Mario became the mascot of Nintendo and the symbol of the era of platform pixel games.

But why is it loved by the new generations of gamers – Z and Alpha? It’s very simple: Nintendo has provided its mascot with a leap from the 2D universe into 3D by adapting new games with Mario to modern technology. At the same time, the character has not lost its uniqueness, and the game process has not lost its quality. More than 373 million series of Super Mario games have been sold so far, and the mascots have brought Nintendo in excess of $ 30.25 billion in total.

Usually Mario wears a blue jumpsuit and a red shirt. He lives in a fantasy world, far from the laws of physics and conventions. Mario managed to change 12 professions, rescues Princess Peach when he is in the mood, makes amazing jumps and sets Guinness records. This is why gamers always go crazy when Nintendo releases a new tidbit with Mario. 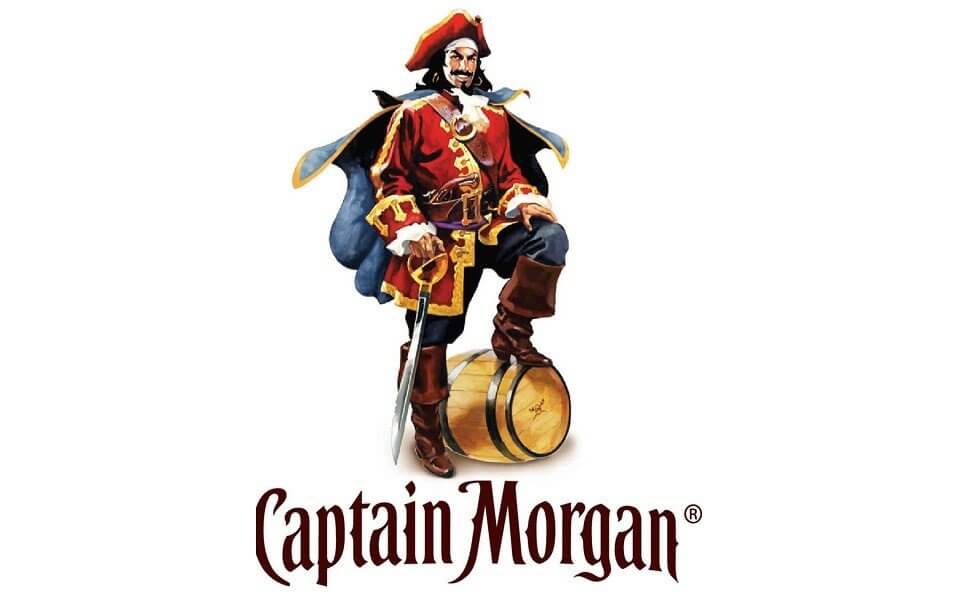 The mascot of the famous Jamaican rum Captain Morgan has a real inspiration. This is a Welsh pirate, Sir Henry Morgan , who sailed the Caribbean in the middle of the 17th century. Morgan received a royal license to attack and seize Spanish ships and ports, he plundered them in the interests of the English crown. Later, for his services to England, Morgan was appointed to the post of Lieutenant Governor of Jamaica.

Morgan was born in 1635, and Sir Henry would have turned 386 in 2021. The pirate mascot is still quite young. The history of the Captain Morgan Rum brand begins in 1944 , when the Canadian company Seagram decided to produce the Jamaican golden spiced rum, which later became legendary.

Mascot was created in 1983 by an American commercial designer named Don Meitz. “A lot of spirits enter the market, but not everyone is able to stand out. To be successful, a brand must be highly recognizable, “Meitz commented on the design of the Captain Morgan logo on his Reddit.

Of course, the designer, thanks to the painstaking work on the mascot, helped the brand achieve success. Meitz chose the Gothic type Hophus Roghus Regular, which carries the spirit of a bygone era.

Designed in red and brown tones. Blue and yellow shades are present in the captain’s outfit. This palette epitomizes the natural color of rum and its warm, full-bodied taste. Such an identity should give the target audience a sense of high quality, royalty and exclusivity.

The captain confidently put his foot on the barrel of rum, and netizens and fans of the Jamaican drink repeat his pose, posting photos on the Internet – someone has conquered a mountain peak, someone is waiting for their bride on the beach. This is the position of winner and leader that Captain Morgan has taken in the marketplace. According to Market Watch 2021 analytics, it is included in the top 10 alcohol brands in the world.

For almost 80 years we have been enjoying the wonderful taste of these multicolored dragees. But wait … are they talking? You probably already know them! Let’s remember each one:

The concept of a comedy ensemble of talking pills was developed by the creative agency BBDO in the 1990s. It was to him that Mars approached with a request to help revive M & M’s, which risked remaining the usual brand of sweets, which are many on the market.

Mars allocated a relatively small budget to BBDO for strategy, advertising and production, which would be ridiculous to compare campaigns of brands like Pepsi or Coca Cola.

However, the idea of ​​the BBDO creatives did not require a lot of investment. They decided to take the candy colors and turn each into a character. This is how the M & M’s ensemble was born. Soon, these heroes became the brand’s mascots, through which M & M’s began to communicate with the consumer.

Multicolored talking pills are still central characters in the development of identity and advertising campaigns for M & M’s. Red and Yellow can be seen in almost every promo video of the brand, and a selection of the funniest videos with them has gained more than 47 million views on YouTube.