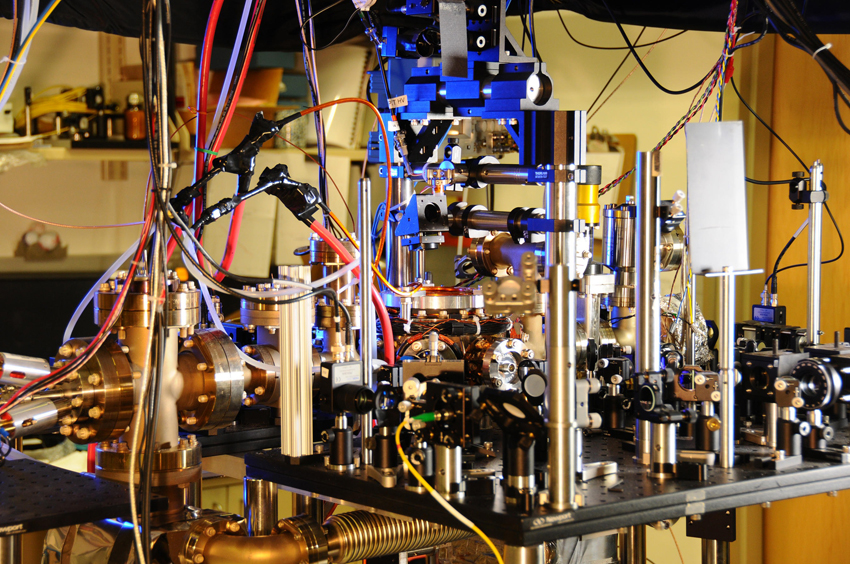 Atomic clocks are the most accurate in the world

They are used in space stations, for navigating ships and in navigation systems. But is it possible to set an ultra-precise atomic alarm clock at home?

The measurement of time by an atomic clock is based on the frequency of oscillations of electrons in an atom. The standard of accuracy is the vibrations in the atoms of cesium-133, they determine the duration of a second – these are 9 192 631 770 vibrations at absolute zero and the absence of external influences.

The main advantage of atomic clocks is that they do not lag behind and do not run away. It would take 30 million to 15 billion years for the readings to deviate by 1 second. It is the high accuracy that makes it possible to use atomic clocks in navigation systems (including GPS, GLONASS, Galileo), in which the distance is determined by the time the signal is received from the satellite. Atomic clocks are used in the operation of spaceships, ships and submarines, at base stations of cellular communications, as well as in scientific experiments, for example, to test theories of time.

Why don’t we all use such accurate clocks? The fact is that an atomic clock is a bulky, complex and expensive device that includes a cooling system to absolute zero (–273.15 ⁰С). The first such clocks were built in 1952 in the USA, and now they are equipped with several centers of reference time around the world.

NIST’s ytterbium-based clock in Boulder, Colorado is considered one of the most accurate even among atomic clocks. Image: Burrus / NIST

However, there are so-called atomic clocks for the home and even wrist devices. Of course, they have no cesium isotopes and no cooling system. High accuracy is ensured by radio synchronization with reference time centers. For example, in the United States, the home atomic clock uses a clock in Boulder, Colorado, which transmits precise time signals at a frequency of 66 kHz. The devices receive a binary code via radio frequencies, which sets the exact time on them and, if necessary, corrects it.

In Russia, atomic clocks are also sold and work, but for synchronization they use the DCF77 transmitter in Meinflingen (Germany), which broadcasts signals at a frequency of 77.5 kHz. And although super-long waves travel long distances, in fact, synchronization of home atomic clocks is possible only in the European part of Russia. Moreover, according to user reviews, in order to catch radio communication, you need to put the clock on a window facing west and, if possible, use some metal object as a signal amplifier. Teapots, thermoses, central heating batteries and even gas cylinders are used.

In regions where such synchronization is, in principle, impossible, atomic clocks are set manually, like ordinary quartz clocks. For this, any site with exact atomic time is used (the most famous is Time.is). By the way, there you can also compare clocks on electronic gadgets, although there is no special need for this: any device with a network connection sets the time according to an atomic clock.