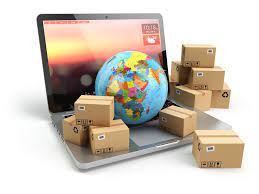 How is the world e-commerce doing

According to a large international retailer CBR, 10.6 million people in Ukraine regularly make purchases online – this is about a third of the country’s population.

How to properly lay the foundation of your online store to overcome the glass ceiling and leave yourself room for growth, using McKinsey material and real business examples. 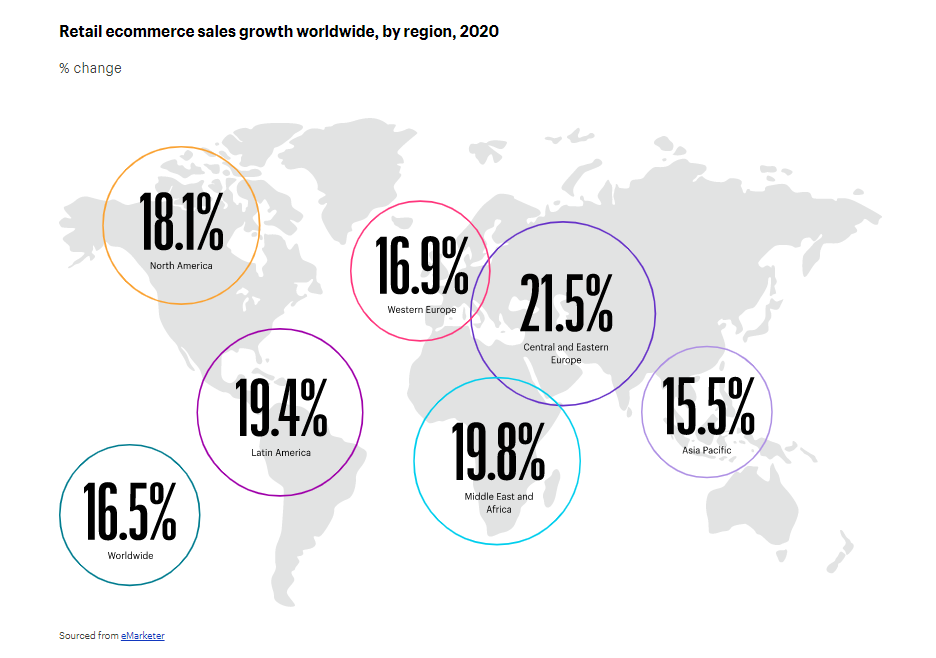 According to analysts from IBM, the pandemic has accelerated the transition from offline to online shopping by about 5 years. Today, if your business is not online, it actually does not exist for a huge number of potential customers.

According to Statista, at the end of 2020, there were approximately 2.05 billion engaged online shoppers worldwide. According to experts, this year their number will grow by another + – 10 million.

In 2020, every fifth sale was made online. According to the Nasdaq, this trend will only intensify, and by 2040, 95% of purchases will be made online – regardless of whether it is a car, clothes or groceries.

According to McKinsey, companies have been actively rolling out new online sales programs since the start of the pandemic. For example, PepsiCo and Kraft Heinz have launched new direct to customer DTC offerings in recent months. It assumes a deal directly with the end consumer, without intermediaries in the form of retailers. Nike’s online sales are up 36% in the first quarter of 2021 and the company is aiming to increase DTC’s share from 30% today to 50% in the near future.

Investing in e-commerce can be costly, but those who navigate the online transition process correctly will get a return on investment. A recent survey of 800 executives from McKinsey found that companies have seen more revenue growth from starting online businesses than from traditional ways such as creating new products and services.

The main challenge lies in implementation: a third of consumers who have had a negative experience with a brand never return. Three or more negative situations exclude client returns in 70% of cases.

At a time when brand loyalty remains shaky and 75% of online shoppers are not tied to a specific marketplace, it is important from day one to consider whether quick actions at the start will prevent scalability in the future.

Companies that are trying to quickly launch e-commerce often make short-term decisions that limit their development in the future. Only 24% of new online stores created in the last 10 years , became viable and were able to grow.

5 pitfalls that will prevent your online business from growing

# 1. Emphasis on the technological implementation of the project

Often, companies focus on making a product as technologically cool as possible. In doing so, they lose sight of the operating system, as well as the management of other channels – logistics, supply, and B2B.

A $ 2 billion consumer goods company launched an online platform powered by the DTC. The main focus was on the site: the business invested in development and design to meet the desired launch timeline. It has been a key success indicator for IT executives and DTC managers.

The site launched on schedule, but the company was constantly short of stock: key products, which brought in more than 15% of revenue, were in stock only 40% of the required volume. The problem arose because the sales force and operations did not have the same goals and success metrics as the IT and DTC teams.

The development of the online product went according to plan, but the company could not fully carry out sales and shipments – and therefore the buyers received a negative experience.

Design and build all the elements of the business in parallel. Make e-commerce a priority and link the online store’s KPIs to results for all departments involved in the project.

# 2. Creating an MVP without thinking through strategic goals

Companies often try to start as soon as possible and make quick decisions without calculating the consequences. This approach poses scaling problems: for example, when a business needs to add a new feature to the site, it turns out that this is technically impossible or very expensive.

A European retailer with over 500 retail stores has chosen a ready-made e-commerce partner to quickly launch its online sales site. It worked – in the short term.

When it was decided to scale the business, the company faced problems:

In addition to the disrupted terms of the site update, the total cost of the rework came out more than if the original web resource was self-written.

Thank you for your subscription!

Before starting work, decide on your long-term and short-term goals. Already based on them, it is worth choosing a platform on which you will launch an online store (a ready-made solution or a self-written one), and other technical nuances.

Create your Minimum Viable Product (MVP) as a springboard to the final version. MVP design and final state should include:

For example, Williams-Sonoma, a US trading multibrand holding company, grew by 12% YoY due to investments in a scalable, modern platform for all of the company’s brands. A single platform allows for a different look and feel across all products while testing new scalability.

When businesses go online for the first time, they often seek to reduce risks: they spend less by borrowing resources from within the company, detach employees from their tasks on major projects and expect an immediate return on investment. But such a scheme can lead to significant costs and even losses in various business sectors.

A consumer services company, when launching an online store, laid out just six months for a return on investment. However, the enterprise did not allocate enough resources (both material and human).

This led to several problems:

Budget a learning buffer. As a promising business begins to scale, failure is inevitable. These are real growth challenges for progress. However, the training buffer does not mean the provision of endless funding.

# 4. Exploring economics along the way

A food distributor decided to apply the logistics of an offline project to online. After the company made the first DTC deliveries, it turned out that the logistics system was not adapted to work in this format. The warehouse business network has been optimized for B2B, not DTC. In addition, it turned out that it was unprofitable for the company to expand and adapt the logistics department for the tasks of an online store – such changes would “eat up” 20% of its income.

Analyze the key drivers of growth and profitability through a profit and loss lens. Understanding the unit economics for each business unit will show you where to invest money to work online and help you determine the right revenue model for a scalable, profitable business.

For example, a consumer electronics company with over $ 10 billion in revenue doubled its gross revenue with 2 strategic decisions:

The company realized that it could not manage its supply chain as efficiently as large players, and outsourcing has cut these costs in half. Investments in personalization and marketing have helped to increase the conversion rate on the site and, accordingly, increase income.

# 5. Creation of a new business “close to the main”

For a company that primarily operates offline, the transition to online is not easy. In such organizations, approvals can take very long time, which slows down work and limits creativity.

In the executive survey we mentioned above, almost half of the respondents noted that domestic policy slows down the development of new businesses. Only 10% of those surveyed said that their companies have given online stores complete freedom to operate.

The home furnishings maker struggled to launch an online business without the right experts. The company’s reputation attracted potential hires, but technicians and product managers pulled out of the job when they learned of the tough regulations. Plus, the hiring process took months due to approval chains. This gave candidates accustomed to fast-growing startups the impression that the company was sluggish.

It is worth separating two branches of business – online and main enterprises. This will allow attracting the necessary specialists to the e-commerce department on more flexible terms, without increasing the degree of tension in the main branch of the company.

Walmart, for example, opened offices in Silicon Valley to attract the best talent to pursue its technology and e-commerce ambitions. Since 2014, the staff of technical specialists has grown 10 times.