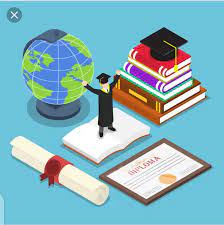 For a long-suffering education sector that is already beset by problems such as declining enrollment rates, a snail’s pace of curriculum change, difficulty transitioning to distance learning and too high a cost, this is Google’s move and its staff could be the start of a long-looming digital revolution.

On July 14, Google launched new professional certification programs in Data Analysis, Project Management and UX Design on Coursera. The platform charges students a monthly fee of $ 49, but Google plans to provide 100,000 in need scholarships that will cover these costs. In addition, the corporation will provide more than ten million dollars in grants to a number of nonprofit organizations that partner with companies to employ women, veterans and disadvantaged groups. 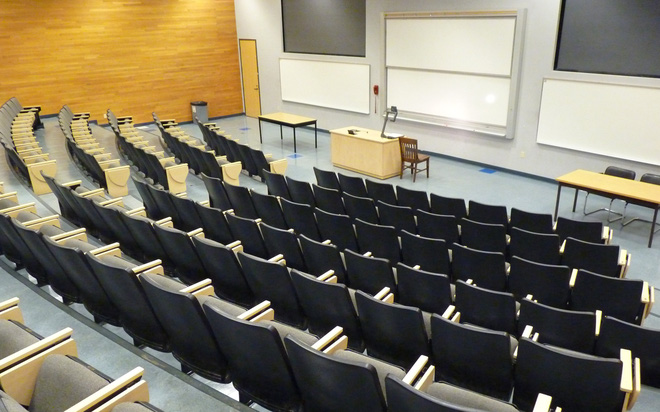 Google gives the average annual earnings for each area; the most profitable turns out to be a project management program with a salary of $ 93,000. According to representatives, 80% of employees who took a technical support course ended up finding a new job or getting promoted. To enter the program, no work experience in the relevant field or higher education is required. And upon graduation – usually three to six months – graduates have a good chance of joining the tech giant.

“In the process of hiring employees for the appropriate positions, we ourselves will equate these certificates with a bachelor’s degree.”

On June 30th, two weeks before Google’s announcement, Microsoft announced on its blog that it launched a global initiative to improve the skills of 25 million people. Microsoft’s goals in light of the pandemic (to support “the most equitable recovery possible through programs that make it easier to learn skills over virtual channels for the people most affected by layoffs: low-income people, women, discriminated minorities”) show strong similarities with ambition Google.

The Microsoft Certification Program will be run with contributions from LinkedIn, GitHub and Microsoft; twenty million dollars in grants will also be donated to non-profit organizations. 25% of this amount will go to those organizations that work on employment issues in close collaboration with communities of color or under the leadership of their representatives. Until March 2021, LinkedIn will offer courses in a variety of professions (developer, sales representative, system administrator, data scientist, financial analyst, graphic designer, and project manager) on LinkedIn.

Coursera raised $ 130 million in investment this week; in general, according to Forbes, the company is valued at two and a half billion dollars. The Coursera service works with one hundred and sixty universities and offers users four and a half thousand MOOCs (open and large-scale online courses). A Harvard Business Review article co-written with the head of Coursera stated that “higher education needs to make long-term plans for virtual learning.” There is no doubt that in a new era, the learning process requires from advanced institutions hardware, software, communications and the formation of a catalog of online courses.

But technology alone will not help. The authors pay too much attention to educational tools and overlook the problem of meeting the content of the courses with the requirements for workers. Higher education has already found it difficult to quickly and flexibly change its curriculum to meet the needs of students and employers.

Microsoft estimates that in 2020 the number of unemployed people in the world could rise to a quarter of a billion due to process automation and a market crash during a pandemic. But they also point out that there will be one hundred and forty-nine million new jobs in the IT sector over the next five years; most of them are in the development, analysis and protection of data, cybersecurity.

The pace of development of Coursera itself is proof that employers can no longer wait for qualified specialists. 25% of all Coursera’s profits come from working with private businesses. The platform now runs 2,500 courses for companies on an ongoing basis, and each year brings it 70% growth.

Decline in the number of applicants

Experts predicted that this fall the number of college applicants will decrease by 20%, but the trend towards a decrease in the number of applicants was observed before the pandemic. According to Bloomberg, Harvard lost four hundred and fifteen million dollars in profit in the last academic year, and next year it will lose seven hundred and fifteen million dollars.

According to statistics presented in the report of the Student Clearing Research Center for the fall of 2019, the total number of enrolled students by the end of last year was less than eighteen million – that is, two million less than at its peak in 2011. Over the past eight years, admissions to all types of tertiary education (public universities, community colleges, private institutions) have declined by 11% nationwide.

An April survey by research firm SimpsonScarborough, reported in Business Insider, showed that 10% of high school students are not going to receive a bachelor’s degree. A closer look at these numbers reveals a disparity: 41% of racial minority students said they did not plan to go to college in the fall or “haven’t decided yet,” while only 24% of white students gave similar answers.

Google expresses the hope that a budget certification program, which requires no more than three hundred dollars in investment, can solve the problem of inequality in access to education in at least some areas. “Undergraduate studies provide a lot for students, but not everyone can apply for it,” says Lisa Gevelber, Google’s vice president of marketing. Based on a CNBC report, Google claims that 58% of students who earn the company’s IT certifications are African American, Hispanic, Veteran, or female, and 45% receive less than $ 30,000 per year.

Microsoft sees two sources of the problem: on the one hand, discriminated groups receive a minimum of opportunities and assistance in mastering skills, on the other hand, over the past twenty years, companies have invested less and less in training their employees. For workers already in senior positions, officials said they were twice as likely to receive on-the-job training. Those whose work is easier to automate remain in an extremely vulnerable position.

Revolution in education: now or never

Microsoft’s initiative goes beyond the technical organization of the course. Its program offers free access to up-to-date labor market data and skills demand analysis. This can help government, officials, business leaders understand what is happening in the local labor market: which companies need employees, which positions are most often hired, and which skills are of particular value at the moment.

One One of the problems of traditional curricula is that by the time a student completes his studies, the situation on the labor market has already changed. The slow pace of curriculum development is inadequate to properly prepare students for employers’ demands. Should people continue to spend four years on classes (regular or virtual) just in order to enter the IT market with a diploma and find out that everything is different there now?

Adding to the complexity is the fact that “the education sector is renowned for its resistance to change,” says Don Lerman of the Lerman School of Business. Gabelli of Fordham University in Times Higher Education magazine. In its article “Will the coronavirus change the education system for the better?” she notes that universities need to establish a culture of responsiveness to the demands of the digital age and that there will be no better moment than now. Indeed, without radical change, higher education is in serious danger – many may wonder about the advisability of a four-year course of study. 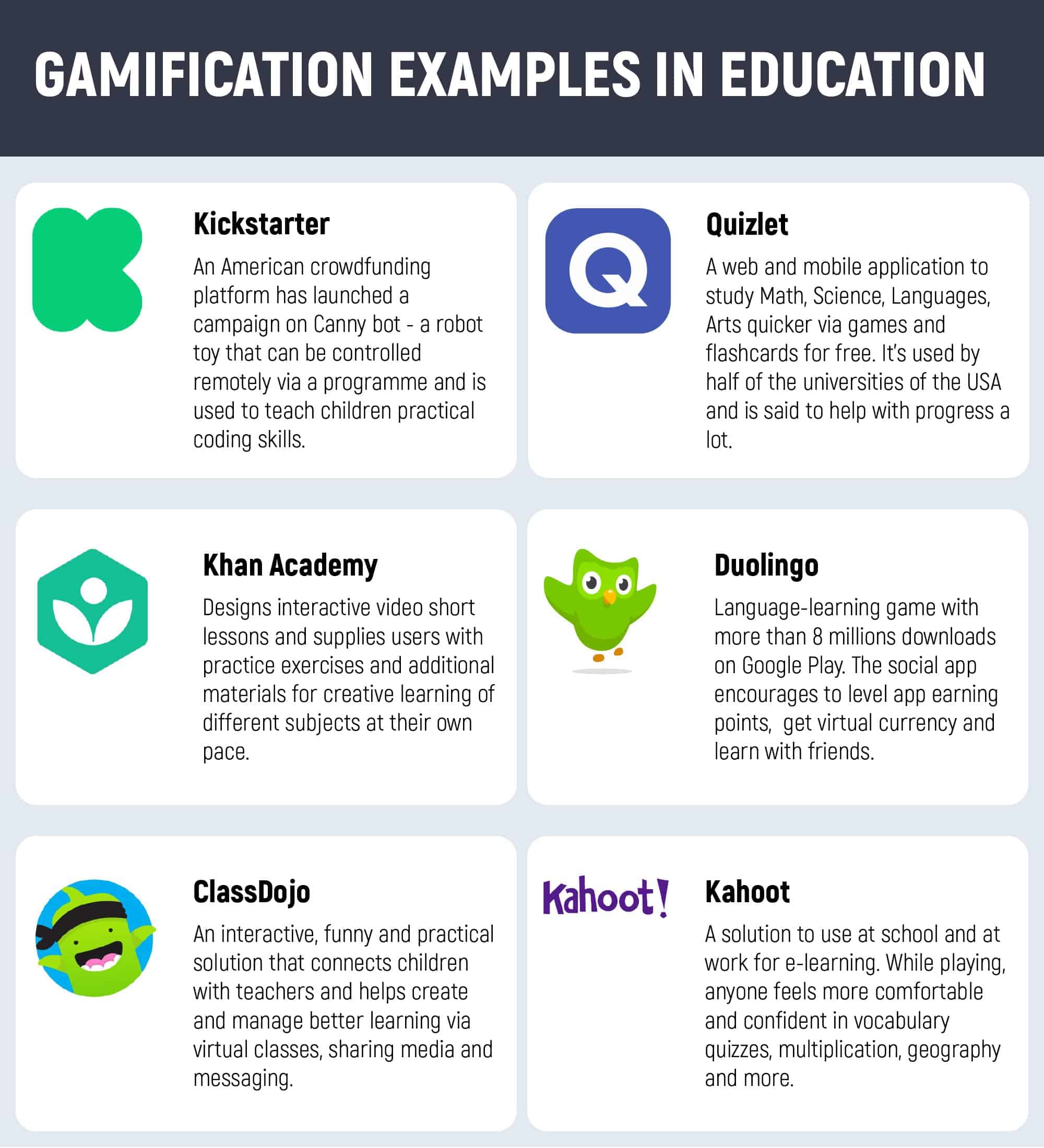 In IT, there are a number of well-known examples of leaders who did not complete their education and, nevertheless, less, have achieved resounding success: Steve Jobs, Bill Gates, Michael Dell, Mark Zuckerberg. Going beyond the IT sphere, you can think of Oprah, the head of Whole Foods, John McKay, Ralph Lauren, Wolfgang Pak. Park dropped out of high school at fourteen and took a job as a chef assistant in a hotel.

Of course, these examples of incredibly successful people from different fields are edge cases. However, there is reason to believe that the lack of a university degree is no longer an obstacle to engaging in highly skilled work and having good financial resources. Google’s report on the IT certification program says that 61% of students do not have higher education, spend about six months on education and receive an average of $ 54,760 per year.

To put it bluntly, the price of a university diplomas are awarded by companies that hire graduates. And Google has just actually stated that a three hundred dollar certificate is equivalent to a bachelor’s degree.

Industries outside of IT are coming up with the same idea. The NRF has just launched a virtual education program for young and emerging retail workers with denim companies American Eagle Outfitters, Gap and Levi Strauss. Called RISE, the program is eight weeks long and allows attendees to directly learn from the retail giants through recorded lectures that “provide opportunities for professional development.”

Other industries, from retail to healthcare, are undergoing a digital revolution – Perhaps it is time for higher education to recognize the need for virtualization and a different approach to preparing students for the new realities of the labor market and the requirements for personnel. Perhaps it is time to take a different look at the very idea of ​​a four-year education and consider how universities could team up with industry associations and tech giants to jump online and get closer to the community. And at the same time, survive.

In modern conditions (pandemic, transition to distance and mixed forms of education and not only) it is very important to be able to manage the educational process. This applies to almost all formats of education (universities, colleges, schools, courses). For the purpose of such management, we have developed the NOOEDU platform, which provides management of all major learning processes, including monitoring student progress and statistics of teacher activities.