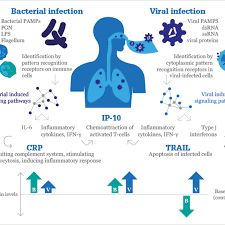 This division is very arbitrary.

“Of course, viruses and bacteria are not limited to – a huge number of infectious diseases are provoked by fungi, protozoa, helminths, prions,” comments Valery Savanovich, founder and owner of the Lab4U online medical laboratory. Today we will focus on bacteria and viruses that cause not only respiratory infections, but also diseases of the gastrointestinal tract, diseases of the genitourinary, nervous and other systems.

Viral and bacterial infections: what is the point?

As the name implies, the main difference between diseases of this spectrum is in the type of pathogens. “A virus is an infectious agent that does not have a cellular structure and can reproduce only inside cells,” says Valery Savvanovich. – Each virus has its own genome, presented in the form of DNA or RNA from one or two strands. Vaccines against viruses are often created on the basis of their DNA or RNA. ”

Bacteria are a cellular form of life. “These microorganisms inhabit practically all environments on our planet – air, water, soil, the human body. But among the huge number of species of bacteria there are pathogenic ones – those that cause various infections. It is with them that medicine is fighting, trying not to damage the beneficial bacteria in our body, ”adds Valery Savvanovich.

Diseases caused by these pathogens require different treatment. For bacterial infections, patients are often prescribed antibiotics, and for viral infections, antiviral drugs. However, some viral diseases (like ARVI) do not require special therapy.

So, for example, upper respiratory tract infections (what usually falls into the category of “colds”) in most cases are caused by viruses. “Upper respiratory tract infections are more often caused by viruses and do not require treatment with prescription drugs, in particular antibiotics,” says Vladimir Sibirskiy, Ph.D., Honored Doctor of the Russian Federation, cardiologist, head of the outpatient department of the European Medical Center. – In this case, patients usually diagnose themselves, stay at home and treat themselves. It is recommended to increase your fluid intake to cope with fluid loss due to the common cold, fever, and poor appetite associated with upper respiratory tract infections. Most often, medications with aspirin, paracetamol and NSAIDs (to reduce fever and reduce pain) are used in treatment; antihistamines (reduce the symptoms of a common cold); nasal vasoconstrictor drops (no more than three days); coughing agents. A hot drink with honey is recommended to reduce coughing. ”

How to distinguish viral and bacterial infections

The symptoms of these types of diseases are very similar … “Each type of infectious disease has a list of characteristic symptoms, be it an acute respiratory or intestinal viral infection. But the set of symptoms often depends not on the nature of the pathogen, but on which organs are affected. That is why both with a viral and a bacterial infection that affects, for example, the gastrointestinal tract, general manifestations will be observed – indigestion, pain, diarrhea, nausea, vomiting, etc., ”says Valery Savvanovich. 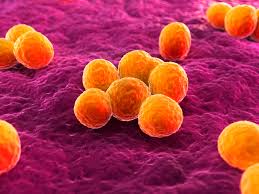 Viruses and bacteria invading the body use various mechanisms to resist destruction. “Sometimes they can produce toxins that disrupt the body’s defense system, or change their shape or external structural proteins to mask themselves from being recognized by the immune system. Some bacteria can produce adhesion factors that allow them to adhere to the mucous membrane and prevent their destruction, ”says Vladimir Sibirskiy.

At home, it is almost impossible to make an unambiguous conclusion about what type of pathogens caused the disease. “Therefore, it makes no sense to engage in self-diagnostics at home – in order to identify the cause of the infection, one cannot do without laboratory diagnostics,” comments Valery Savvanovich.

To determine this, doctors prescribe a series of tests. One of the most important is a general blood test. “One of the markers of bacterial infection is a change in indicators of a general blood test, when neutrophilic leukocytosis occurs with a shift of the leukoformula to the left. For an uncomplicated viral infection, such a characteristic symptom will be lymphocytosis, ”says Valery Savvanovich.

Only the attending physician can “decipher” the analyzes. He will also prescribe therapy. “It is impossible to limit ourselves to treating only the symptoms – it is critically important to identify the causative agent of the infection, because without eliminating the cause, it is impossible to cure the disease. Only correct diagnosis with the help of laboratory tests will help to correctly diagnose and prescribe treatment. Sometimes, when it comes to highly contagious infections, a doctor can prescribe a quarantine, ”adds Valery Savvanovich.

Determining the nature of the disease is important for correct therapy – for example, antibiotics have no effect on a viral infection, but significantly affect the immune system. Remember this and refuse self-medication.