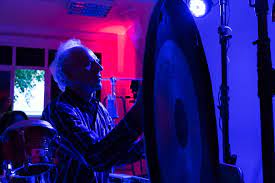 Eight steps of managerial art – these are the levels necessary for the formation and development of a leader “from a violent stupid act – to a sensible inaction.” This path is one of the most effective for a leader.

This path of becoming is not easy: it begins by freeing the leader from the need to prove his right to lead, strengthened by wisdom, precise delegation and the transition to a completely new management algorithm. He frees up personal space, intellectual and mental strength and acquires competencies that expand the scale of his managerial capabilities.

As he moves from one level to another, the manager is freed from the need to perform certain functions as they are unnecessary or by delegating their performance to the lower levels of the management hierarchy, thanks to which, with each new step, he frees up personal time, intellectual and mental strength for strategic management of a company, country or humanity.

What qualities does a leader need to successfully pass from the first to the fifth, sixth levels? It is clear that to work. But how to learn, how to get correct answers?

Vladimir Tarasov: The fact is that when we climbed one step, we have already climbed, and not looking from afar, then we already understand which one is next and what needs to be done for this. We understand this when we are on this step. When we climbed to the first step, we understand that everything is fine, everyone obeys, only things are worthwhile, since we have no time, we are always busy with someone.

We think, how can we unload ourselves so that people themselves know what to do? We will write instructions – they will know, if we do not write them, they will not. Don’t worry that we won’t find out.

When it is given, then you will climb up the step. From afar what to plan for? But, on the other hand, it makes sense to find out in advance and prepare theoretically.

If we talk about practical advice, then, of course, it makes sense – if we want to grow, participate in managerial fights. We now have three types of management fights: classic fights, express fights and consultative negotiations in a conflict situation. What is the most important thing in management fights? They give quickness. Because strength is important, but speed is more important and accuracy is more important than speed. They give both speed and decent accuracy. This is very important when we are quick to act.

Speed ​​appears due to the fact that when you go through a lot of fights, a lot starts to repeat itself. The situations themselves are repeated, the reactions of people and the behavior of opponents. The second and third time you do the task, you do it much faster than the first time. You are looking for solutions quickly. You have a set of solutions, you have trained them and do everything automatically. When people study for a long time, and then go to some firm and think: how slowly everything is done, how people talk for a long time! They decide in five minutes, but here they spend half a day, and they cannot decide, although this can all be solved very quickly.

This acceleration gives a colossal advantage in comparison with others. Acceleration of the vision of the partner’s behavior, what “holes” he has, what he wants to say. All of this is accelerating. Therefore, you need to train, train a lot.

What are the most effective development tools for a leader, in your opinion?

Vladimir Tarasov: Very effective, of course, are games, business games, duels. It’s very effective! Games take little time, but they provide tremendous management experience. The same as in the army: what is an army without training battles? Nothing. Likewise, business games for a manager.

By the way, very few people know that business games appeared in the USSR sometime in 1933-1934. For the first time in the world. Then there was industrialization, new factories were being built, and it was necessary to establish urgent training for leaders. Then they invented business games – there was a whole team, and the first business games took place at a typewriter factory. They took an example from the army: there you need to conduct exercises in order to fight, and here, while the plant is being built, the leaders learned in games: interaction, understanding, delegation, and so on. It is very useful, fast and relatively cheap. Therefore, I recommend doing this.

Can methods of different levels be mixed? For example, being on the fourth level, go down to level two or three?

Vladimir Tarasov: Good question. In fact, even after rising, a leader is “smeared” across different levels, because with one subordinate you need to be on the same level, with another – on another. Therefore, the leader fumbles with one for a long time, explains, and winked at the other, he did everything. Naturally, you need to work at different levels, but only at those levels that are below the highest you can work at.

Are there tests that determine which level the leader is at?

Vladimir Tarasov: Level – in comparison with which subordinate? It’s a twin thing. If there are no such subordinates for whom you can climb a step, then he will not rise. And besides, why are these tests? In general, tests are a very problematic thing. Many people would like to get tests: when times – and it is clear which leader is good.

These efforts have been made for several decades to test whether a leader is good or bad. Here are psychological tests, memory, reaction speed can be checked.

F. Taylor selected the tram drivers: the light came on, you had to quickly press it, this one lit up – press this one, because carriages and trams were dangerous transport at the time they first appeared. Therefore, then there was a professional selection: can he react and not crush anyone. I’m not sure that today there is a professional selection of carriage drivers.

In principle, testing has been around for a long time, but it is associated with such qualities that depend on the person himself and on inanimate nature. When a person is a person, it’s harder there. Much depends on who is the second person there.

One of the tests. One lady who was preparing her doctoral dissertation on this topic offered me to be a reviewer. But all the same, I didn’t undertake it. Her idea is interesting in itself, but a little narrow. She came up with a technology for the selection of leaders: how many options he will see in a given situation. Basically, the approach is correct. Because a good leader does not see one solution in this situation, he sees one, second, third, fourth, and chooses from them. For a good leader, this is a choice from a fan of decisions. Not inventing one from scratch (“think of at least one” – this is a novice leader). A smart leader has a fan of solutions and chooses where to apply which one. The richer the fan, the more solutions there are, the better the leader. But this is still a narrow enough approach to determine if a good leader is. This is a necessary, but not sufficient thing.

You have extensive management experience in business. From your experience, can you name examples of company leaders who are at 5, 6, 7, 8 steps?

When a person is on step 5 or 6, asks questions, answers questions, then he is actually outside the company, remotely controls. The first vivid example of remote control was presented to us by Peter I, when he appointed Romodanovsky as the leader of the country. He ruled, and Peter I sometimes corrected something from abroad. We can say that in this regard, he had a 5-6 stage of management, if I can conditionally say so.

A 5-6 stage requires the ability to control from any point. Two words about control from anywhere. Even in the old days there was a heading in the newspapers: “If I were the director, what would I do”. Management from anywhere assumes that it doesn’t matter if you are a director or not, you can manage any company, any country, if you need it. If you can. If you don’t know how, learn. And you can control it from anywhere.

Historical example of an ideal leader.

Vladimir Tarasov: For me, so far the best of those leaders that I’ve heard something about is, of course, Henry Ford. This is a great man who has transformed all of humanity. The whole new era, of course, owes it to Ford, which changed the world. And he changed the world, setting the task: to make out of this world a source of joy for man. Here it is, a super idea! And he succeeded a lot.

Was he perfect? Probably not. Everyone knows that “the ideal leader is a dead leader.” The ideal is something to be approached. But of all the leaders I have heard of, he seems to me the best.

The article was prepared based on the materials of Vladimir Tarasov’s speeches.