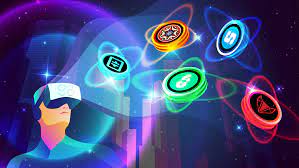 At the beginning of his presentation of his new metaverse

Mark Zuckerberg talks about the goal: “ Connecting with people” . Compare with the famous Nokia slogan: “Connecting people” . This is an important hint addressed to all of us – people and companies clinging to old ideas, formats, values. Vendors are moving from developing communication tools to live streaming. More precisely, they dream of turning the Internet into a 3D blackjack radio.

Many have taken the message lightly. Indeed, what universes. It is enough to look into any of the Facebook “worlds” to breathe out with relief. They haven’t really figured out the text mode yet. Before the effect of being present in a volumetric space like before Mars on Tesla.

However, as it was sung in a good old cartoon: “ He was not the only one who loved money more than anyone else” . There are already several Metauniverses – which sounds rather strange, of course. Now empty, now you get a ring around the Sun. Already have:

And this whole carnival of virtual worlds with Second Life still alive, which is a “three-dimensional virtual world with elements of a social network” and has been operating since 2003 (wow). They have their own currency there, their own atmosphere and … figgy timing with the launch. Now exactly the same thing has been reinvented by other uncles.

In the formula “Money – Time” is clearly not only capital that decides. Remember the augmented reality glasses from Google ? Visionaries missed the underdeveloped market at the time of launch and got stuck in the textures. Looks like these glasses will soon be revived under a different logo too. Let’s say, doomed, “Okay Meta” . But why is there little joy, technology is developing, is it still good? 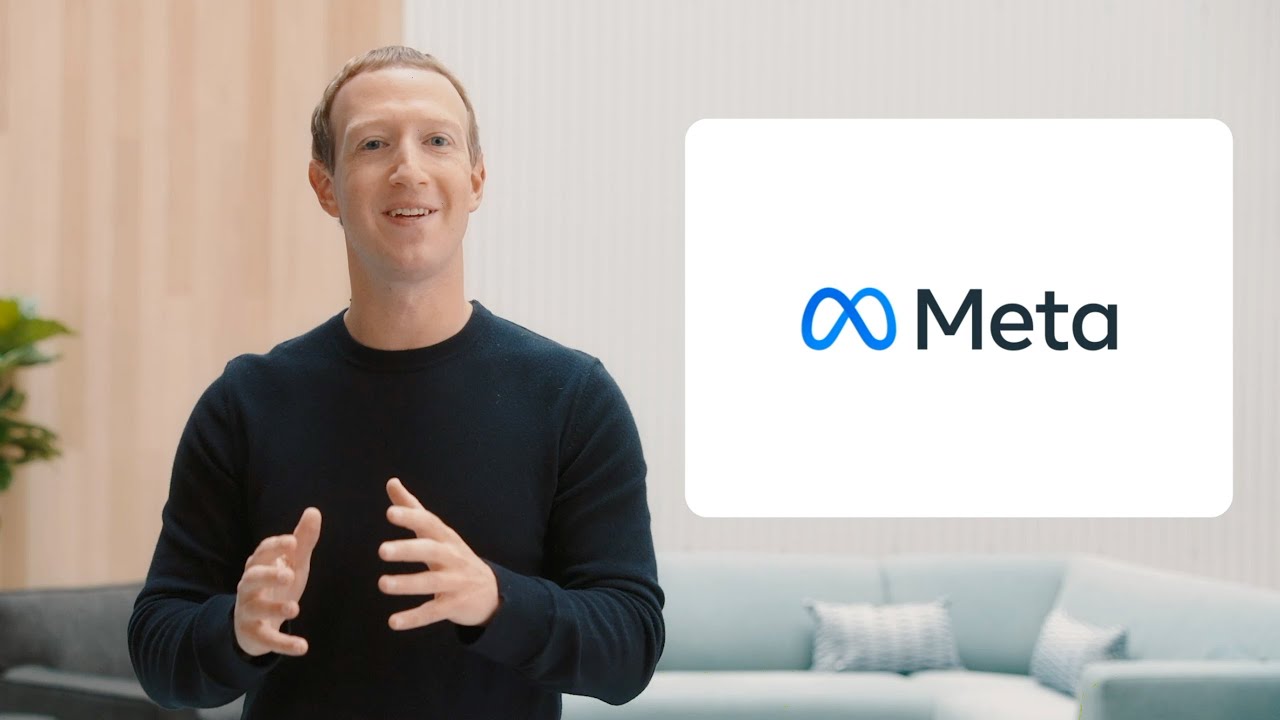 What’s wrong with the metauniverses

The name Meta is very apt. This is truly a metatrend, a tectonic fault in virtual space across several continents.

Please note that space reinventors did not create a Minecraft account for themselves, everyone wants to build their own Zootopia by all means. Because the main goal of these projects is a new personal (for them) Internet. Only completely bite off the entire real planet in terms of business and influence is beyond anyone’s strength.

Marvel can bring all the heroes together, and then give them roles according to the template. In the real world (even if we are talking about VR), such a number will not work. We have to start with the methodical monopolization of traffic, advertising, payments, and other useful metrics.

However, at first, everyone really needs to get better in terms of new sales and presentation channels. For example, Forbes valued Zepeto at $ 1 + billion, which is a fairy tale world with a unicorn. Nimble brands present their goods there in virtual form, for example, Gucci, Dior and Ralph Lauren make entire 3D collections. And in total, more than 1.5 billion virtual things are already sold on Zepeto.

Imagine what a beauty! In 20 years, there will be no production facilities, no normal shops – one continuous television. That is virtual reality, of course. In other words, IT will finally stop serving the interests of other types of business and gradually, smoothly replace them.

According to Naver, approximately 70% of Zepeto’s active audience are girls and women from 13 to 24 years old. They will grow up themselves, raise children. After a generation, the demographics of users will level out, everyone will get used to this way of not even shopping, but of life.

Zepeto is a better fit for the Meta analogy, because Facebook and other components of Zuckerberg’s empire are business-oriented, but ultimately sell b2c.

This theme has a different perspective. He is represented by Microsoft, which hopes to maintain its place on the galaxy’s council by acting from the opposite direction – through business users. And on a much smaller scale, as it might seem, since we are still talking about visualizing the existing Teams functionality.

Of course, no one can refrain from gigantomania. There have already been intentions to move Xbox to the metaverse. But this is already so, by a train and under the pressure of external reptilian forces. Microsoft’s standard strategy is to step-by-step development of 3D, user avatars, volumetric infographics for presentations.

Perhaps they were dragged to where they themselves were not going. But now it will not be possible to ignore, the meta-weapons race has officially started .

Remember how before any stall was called no less than “the universe”? The apotheosis of that era was the “Universe of Plants”, after which the fashion began to decline.

Only in the case of virtual worlds, everything is much more serious. This is what I’m talking about:

What happens if the world does not abandon the meta

In the film “In love of my own accord” there was a scene with an unlucky boyfriend, who was instead offered himself “Can you imagine that everything has already happened.” For some reason, the man was upset, apparently he was not satisfied with the visualization. Will it suit us?

Let’s imagine that everything has already happened, the technologies are debugged and implemented everywhere. It’s funny when Zuckerberg talks about protecting privacy. Of course, it will probably be protected – something like that famous photo where he alone is sighted walking through a huge hall filled with people in VR glasses. Bartenders don’t drink. 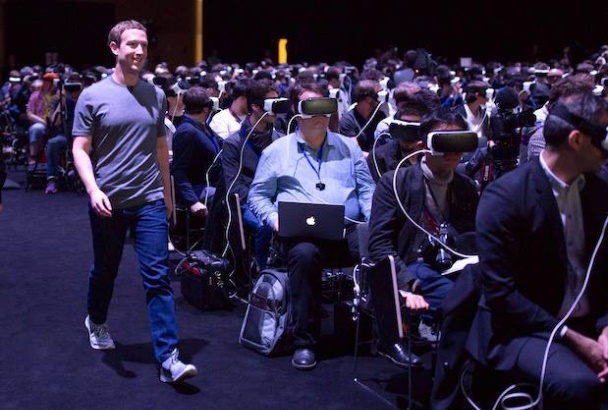 Modern China provides some insight into the security of personal data in virtual reality. Spot personal geo targeting, personal contact tracking, even offline. Only in the offline metaworld is an unnecessary atavism at all. You can do EVERYTHING virtually.

Earn, spend, start a relationship, have fun, conduct social, any other activity. And most importantly – no one will see your pitiful “real”. This means:

Seriously, what business will invest in a long-term construction with a high probability of freezing funds, if in a couple of clicks for ridiculous money, here’s anything you want? And people are using the wrong word. The very definition of traffic will lose its meaning, because they rarely leave social networks, but they do. And from the metaverse there will simply be nowhere to go. Nowhere and there is no need. All good things are inside, outside is cold, scary, uncomfortable.

As Bill Gates said back in 1995: “The Internet is a place where you can find other people with strange interests like yours” . The metaverse will go further, it will help to acquire not only interlocutors, but also the interests themselves, too. Closed-loop incubator.

Now we see how such a Matrix can be built. People will do it themselves by taking advantage of shareware services with increasingly attractive graphics. As budgets flow from the real sector to the virtual one, the already excessive influence of the IT sector will grow. It will expand and cease to be a sector. All other industries will now become provisioning.

Sadly, “the world as we know it will soon cease to exist.” This is a quote from yet another apocalyptic movie that got it wrong with the date (2012) and the reason for (no, not solar activity, but our own passivity) . But the essence there was noticed quite accurately: total devastation, the demolition of civilization. And as a ray of hope – a group of survivors, of course. Can we count on a Hollywood happy ending in this computer game?

A ray of light in the meta kingdom

The lizards are in a hurry, but do not have time to move their legs. The metaverse is literally made from shit and sticks. with integrations – everything that was found on the bottom of the barrel, if only to hold on. But what is enough for a buggy application is critically small for a complete replacement of real life.

The idea of ​​virtual luxury is being actively promoted. It has been so fortunate lately that NFT is setting precedents for expensive virtual artifacts. Look (they tell us), the picture is no worse than the real one. This file is worth more than all your possessions. Don’t be stupid, connect.

But the share of the figure in the economy is still measured in percentages. Many are ready to play in beautiful graphics, only to move into it completely – this is still a mental disorder. There is even a special therapy, this is treated. There is a lot of work ahead of virtualizers, and not just technical work.

Perhaps, in the distant future, they will succeed, and the presence of real life will become the hallmark of the elite. All the rest will be stacked on body vaults, ironically opposite data vaults. Then Stanislav Lem will send greetings from his “Futurological Congress”, they will start making nested virtual realities. Hackers will add recursion to them to bring down the energy and everyone woke up for a while.

“But neither me nor you will have to live in this wonderful time.” The main reasons for optimism, as usual, are inertia. Trends are terrible, but people don’t live long. A real planet will definitely be enough for our century. You can have time to drive cars with an internal combustion engine at unregulated intersections. Swim in open water. To commit madness unthinkable in the future.

And also work and earn money in companies that are engaged in something other than the life support of the Matrix. This is the most underestimated part of reality. Enjoy it now – as long as VR headsets have an Off button.